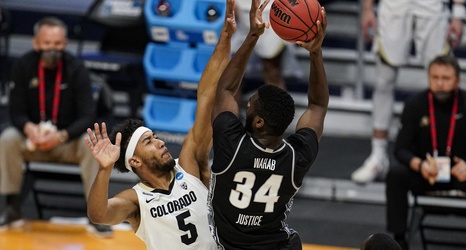 Maryland basketball found a solution to its most glaring weakness during the 2020-21 season, landing 6-foot-11 center Qudus Wahab as a transfer. The Georgetown big man entered the transfer portal last week and announced Saturday on Instagram his intention to join the Terrapins next season.

Without an inside presence for much of the campaign, Maryland coach Mark Turgeon opted to run a small-ball system that worked in some matchups. But the Terrapins’ lack of size was also a detriment in other contests, such as the season-ending loss to Alabama in the NCAA Tournament.