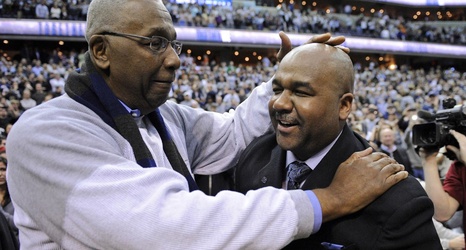 Over the years, John Thompson Jr.’s meeting with drug kingpin Rayful Edmond III had become the stuff of legend.

In 1989, the Georgetown coach famously requested a meeting with the D.C. gangster and told him to stay away from his players. The tale was commonly cited as an example of the coach’s courage and moral authority — and was one of the first stories retold when the coach died in August.

In his new autobiography — published Tuesday, months after his death — Thompson talks about how the conversation really went.

In an excerpt of “I Came As a Shadow” published on ESPN’s “The Undefeated,” Thompson wrote that his meeting with Edmond wasn’t nearly as dramatic as was often portrayed.