Hoyas End Another Frustrating Season With More Questions Than Answers 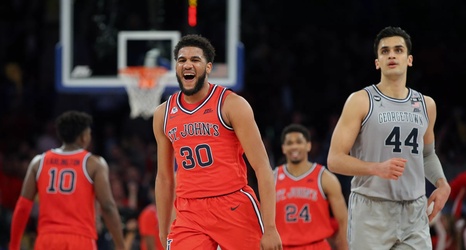 Georgetown’s season once again ended in an opening round loss in the Big East Tournament as the Hoyas blew a 15-point second half lead before falling 75-62 to St. John’s on Wednesday night.

The Hoyas welcomed back big man Omer Yurtseven (8 points, 6 boards, two blocks) after missing the last five games but the fun only lasted for 25 minutes. Georgetown failed in an attempt to beat St. John’s for the third time this season as the Red Storm scored the final 23 points over the last seven minutes.

The Hoyas (15-17) finish with a losing record for the first time since 2017 while coach Patrick Ewing falls to 0-3 in the Big East Tournament.