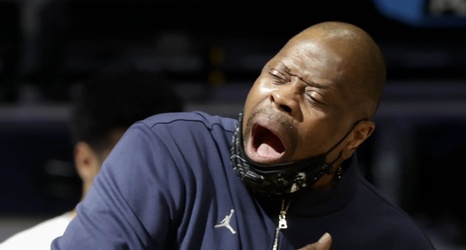 The wait is almost as over as Georgetown will tip-off the season against Dartmouth at Capital One Arena in less than three weeks. Last week we got a step closer with the release of the first Associated Press Top 25 Poll of the 2021-22 season.

As expected, your defending BIG EAST Champion Hoyas were nowhere to be found as once again Patrick Ewing will try and coach up a roster filled with a ton of new faces.

The Hoyas have now missed out on 115 consecutive AP polls, last appearing in the final poll of the 2014-15 season.