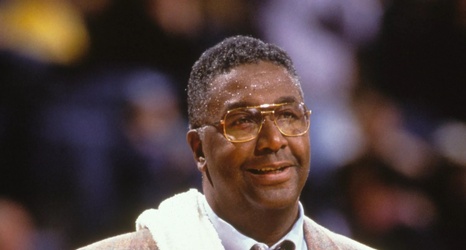 John Thompson, Jr., the late, legendary coach of the Georgetown Hoyas, is being honored this week by college basketball coaches across the nation. Coaches will be wearing commemorative towels to celebrate his life as a part of Black History Month.

Thompson again revealed in his autobiography, I Came As A Shadow, that his wearing the towel over his shoulder was a way to feel his parents’ presence at games, as his mother used to wear a towel when working in the kitchen.

This week, coaches such as FSU’s Leonard Hamilton, Purdue’s Matt Painter, and Dayton’s Anthony Grant were some of the earliest coaches identified wearing the commemorative towel over their shoulders.