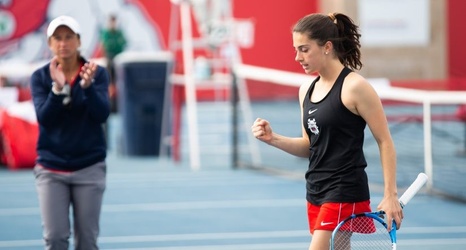 The Fresno State women’s tennis team lost two in a row to the Cal Poly Mustangs and the Pacific Tigers over the weekend at the Spalding G. Wathen Tennis Center.

Against the Mustangs, the Bulldogs struggled in doubles play on Friday. Cal Poly earned the doubles point by winning both matches at the No. 1 and No. 3 positions by scores of 7-5 and 6-3 respectively.

Fresno State ramped up its play in the singles matches, but only won two of the six singles points. Georgia Lawson, playing in the No. 2 singles slot, gave Fresno State its first point of the day with a 7-6, 6-5 victory over Emily Monaghan.