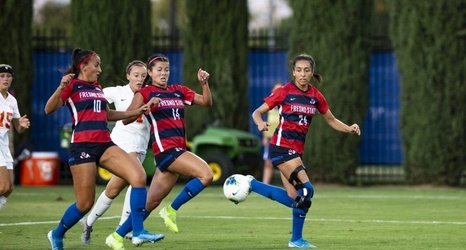 As a new season commences for Fresno State women’s soccer, a tie against the University of Oregon and a win against University of the Pacific has the team off to an undefeated start.

The ‘Dogs finished last season with an overall record of 6-10-4 and a conference record of 5-3-3, and making the Mountain West (MW) tournament, where they lost 2-1 against San Jose State University.

At the start of the 2018 season, the Bulldogs played against the University of Montana and got their first win of the season.

However, Fresno State would go on to lose the next game against Drake University and tie the home opener against Sacramento State University.