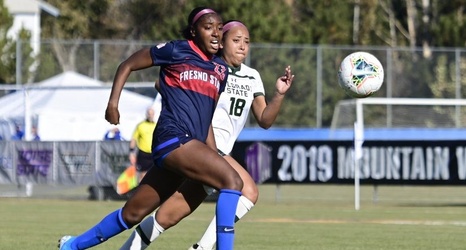 The No. 6 seeded Fresno State women’s soccer team’s journey to the Mountain West Championship is over.

The Bulldogs dropped their semifinal matchup against the No. 2 seeded San Diego State Aztecs with the final score being 3-2, according to a news release from Fresno State Athletics.

The Aztecs were the first to find the back of the net at the 28th minute of the first half via a fast- break off of a goal kick. Sophomore forward Taylor Moorehead was credited with the unassisted goal.