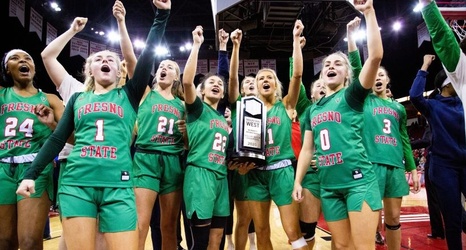 Last Wednesday, the Bulldogs were caught in a back-and-forth battle against the Spartans. In the final minute of the game, San Jose State guard Fieme’a Hafoka drained a three-pointer to give the Spartans a two-point lead, 76-74.

After Fresno State guard Hanna Cavinder turned the ball over, the ‘Dogs’ winning streak was on the line as they were forced to foul to extend the game.