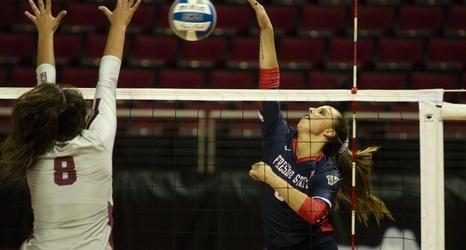 Fresno State outside hitter Desiree Sukhov battles for the the ball during the final match of the Fresno State Invitational against Santa Clara University at the Save Mart Center on Friday, Sept. 7, 2019. (Jorge Rodriguez/The Collegian)

The Fresno State women’s soccer team had a good weekend with two wins in its first road trip of the season.

The first win of the weekend came on Friday night against Portland State University in a game played in Boise, Idaho.

The Bulldogs took an early lead in the game, thanks to forward Emma Chivers, who scored the first goal of the match in the minute 10 of the first half.