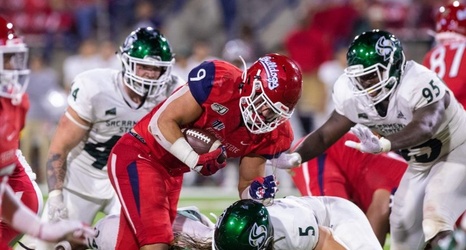 At the end of three quarters and with an uncomfortably realistic possibility of an 0-3 start staring Fresno State football team in the face, whispers of scrutiny for losing to an FCS team were creeping in, and the Bulldogs only had one man to turn to.

With the score knotted up at 20-20 with less than 12 minutes to go, the Bulldogs turned to their stud running back—who just so happens to also be an All-American wrestler in his spare time—in crunch time to avoid the embarrassment of losing to Sacramento State.