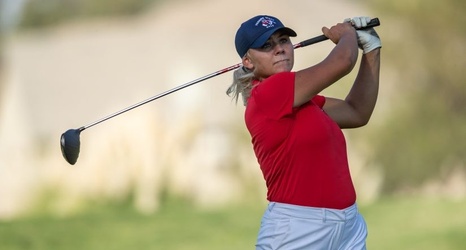 This past weekend, Fresno State sophomore Brigitte Thibault participated in the first two rounds of the inaugural Augusta National Women’s Amateur (ANWA) at the Champions Retreat Golf Club in Evans, Georgia, according to a Fresno State Athletics news release.

Unfortunately for Thibault, she fell short of advancing to the next round as the field was narrowed down from 72 golfers to 30, shooting a 7-over-par 79 in her first round of action and a 3-over 75 in the second round, failing to compete for the first ANWA title.