The chance to be champions 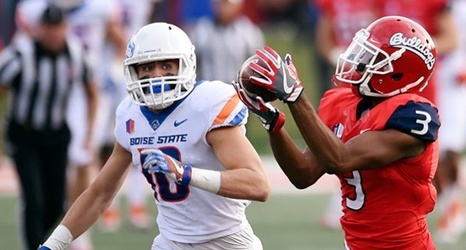 Fresno State managed to beat Boise State 28-17 last Saturday, but if the ‘Dogs want to win the Mountain West Championship, they have to do something they’ve never done before: beat the Broncos on their home turf.

Head coach Jeff Tedford said at his press conference Monday that the team won’t prepare any differently than it has all year just because it’s the championship game.

“If we prepared any differently now, just because it’s a championship game, then that’s the way we should be preparing all year long,” Tedford said.