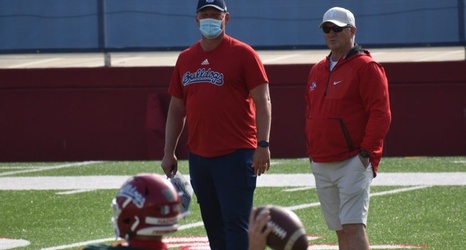 During spring football practice at Bulldog Stadium this week, there were reminders of past victories as well as signs of future success.

One of those reminders walked down the south end zone ramp wearing their trademark dark sunglasses and white Bulldog hat.