Player of the Month 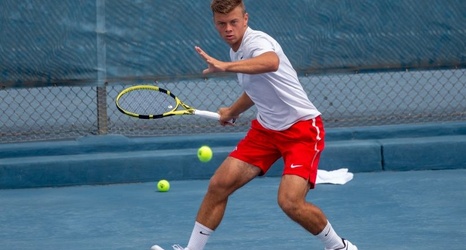 Last month Derkas was named the 2019 Mountain West (MW) Player of the Year after a stellar season playing at the No. 1 position, owning a team-best 23-9 overall singles record and a 19-6 mark in dual play.

To go along with his MW Player of the Year award, Derkas was an All-MW singles selection, finishing conference play as the only player to go undefeated with a 7-0 record at the No. 1 position and failed to drop a set against conference opponents.

The Czech Republic native is already used to accolades, as this years’ awards make it four career All-MW honors for Derkas over his three years at Fresno State.