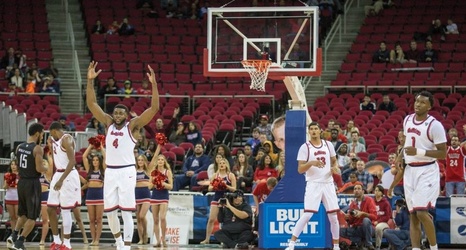 With a record of 25-9 overall and 13-5 in conference play, Fresno State earned a No. 2 seed in the Mountain West men’s basketball tournament and a first-round bye.

But Bulldog players paid close attention to one first round matchup in particular — Air Force vs. UNLV — to decide who Fresno State played in the quarterfinals.

“Air Force gave our team a lot of trouble that year,” then-Fresno State head coach Rodney Terry said. “We’re watching this game because we play the winner. Our guys are literally sitting there, cheering really hard for UNLV to win the game.