No gray area for Bulldogs’ Ruffin, who is making fast impression in cornerback competition 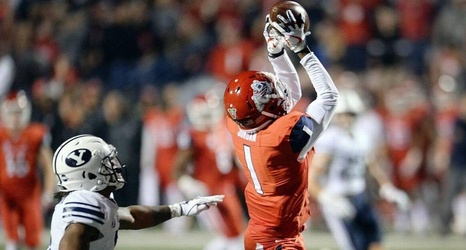 Fresno State defensive coordinator Bert Watts discusses what stands out with freshman cornerback Deshawn Ruffin, a Sunnyside High graduate who has made a quick and solid impression in his first spring practices. By

Fresno State freshman Deshawn Ruffin was up the ramp at Bulldog Stadium and on his way to class on Wednesday before the end of spring practice No. 9.

But in the periods that the cornerback from Sunnyside High was on the football field he again made an impression in a position group that has a starting job available with the loss of the highly-productive Tank Kelly, a first-team All-Mountain West Conference selection who was third in the nation with 22 passes defended.