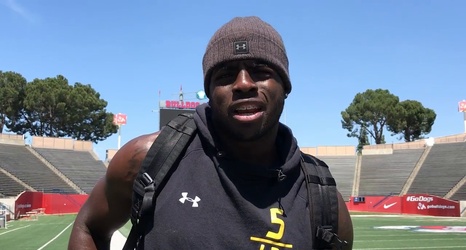 Former Fresno State linebacker Jeff Allison had a private workout last week where he shaved roughly a full second off the 40-yard dash time he posted at the NFL Combine.

But even in the “real low 4.7” range there are questions regarding the draft stock of the Mountain West Conference defensive player of the year plus his former teammates who hope to hear their name this week, from wideout KeeSean Johnson to safety Mike Bell to cornerback Tank Kelly.

Fresno State has won 22 football games and one conference championship over the past two years, but it has had zero players selected in the draft in the past three.