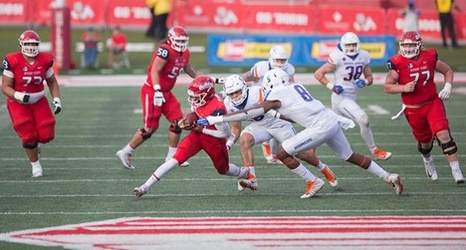 The honor comes after one of the best performances of his career last Saturday at home against Boise State. He was 23-of-36 with two touchdowns and a career-high 332 passing yards with no interceptions.

McMaryion also had the longest completion of his career, an 81-yard touchdown pass to wide receiver KeeSean Johnson to put the ‘Dogs up by 9 points with 8:45 left in the game.

Heading into the championship game Saturday, McMaryion has thrown for 2,212 yards, 14 touchdowns and three interceptions.