KeeSean Johnson get drafted in sixth round, Bulldogs sign also as free agents 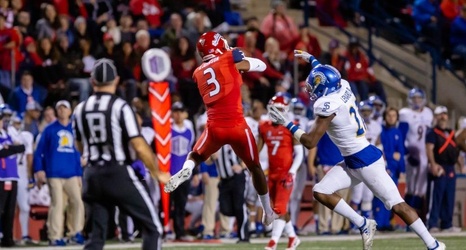 Fresno State wide receiver KeeSean Johnson will continue donning a red uniform at the next level, as he was drafted on Saturday with the first pick in the 6th round, No. 174 overall, by the Arizona Cardinals in the 2019 NFL Draft.

Johnson was already thinking about the future and spoke about the Cardinal’s potential to reporters following the 2019 NFL Draft.

“We can be really good,” Johnson said. “We’ve got Kyler Murray at quarterback. We’ve got three receivers we drafted, including myself. We’re going to all come in, and we’re going to compete.”

After taking Kyler Murray with the first overall pick, the Cardinals bolstered their wide receiving core by drafting Andy Isabella out of the University of Massachusetts in the third round and Hakeem Butler of Iowa State in the fourth round.