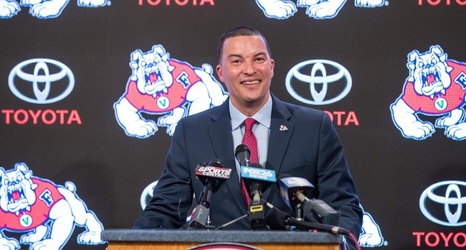 After a season of success, Fresno State men’s basketball first-year head coach Justin Hutson was named the Joe B. Hall National Coach of the Year on Friday by the College Insider Awards at the Final Four in Minneapolis, according to Fresno State Athletics.

Hutson was honored with the national award, which is presented annually to the top first-year coach in NCAA Division I college basketball.

“I want to thank the College Insider for giving me such a great award – the Joe B. Hall Award,” Hutson said, according to the release. “I’d also like to thank my staff for all their efforts and work, Dr.