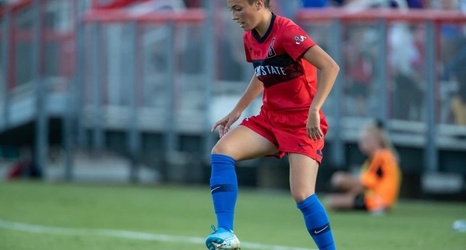 After a thrilling 1-1 match against the Utah State University Aggies, the Fresno State Bulldogs looked to gain some in conference momentum facing the Boise State University Broncos at home on Sunday afternoon.

The Bulldogs pulled off a 2-1 comeback win against the Broncos, getting their second win of the season in conference and adding to their overall record of 6-3-2, according to a news release by Fresno State Athletics.

Boise State began the first half of the match by outshooting the Bulldogs 4-1 in the first 15 minutes of the half. The Broncos took advantage of their offensive dominance and scored the first goal of the match in the 23rd minute of the game.