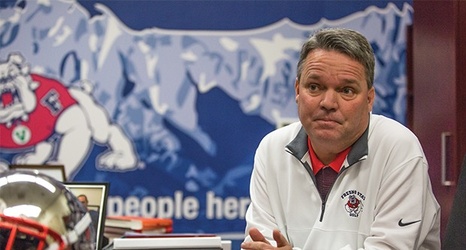 Former Fresno State athletic director Jim Bartko reached a mutual settlement with the university this past weekend regarding a suit for wrongful termination Bartko filed in June 2018, according to the Fresno Bee.

The article stated that the university’s director of communications, Patti Waid, said that the university fulfilled its obligation for the remainder of Bartko’s employment contract term. At the time of his departure, Bartko was near the end of his third year of a five-year contract, which was a reported $290,000 a year.

In the claim filed by Bartko with the CSU chancellor’s office, he sought $3 million in damages on the basis of defamation, intentional and negligent infliction of emotional distress and breach of contract.