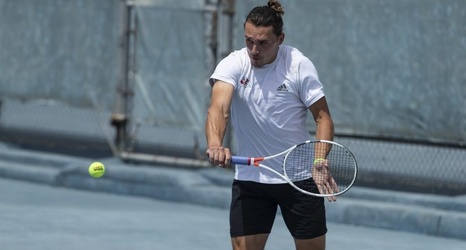 As Angus Bradshaw walked for the last time into the Spalding G. Wathen Tennis Center, he couldn’t help but get a little emotional.

After all, it was his senior night.

But not only was Saturday afternoon’s 4-0 win over Nevada the last time he suited up for the Bulldogs, it was also the last game in Fresno State men’s tennis history.