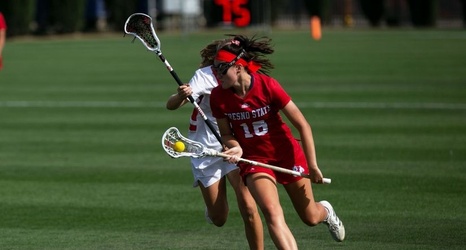 It had been two and half months since the Fresno State women’s lacrosse team won a game. But after last week’s loss to UC Davis, head coach Kara Concheck said that as long as her team could play as a cohesive unit, they could compete with anyone.

In the Mountain Pacfic Sports Federation tournament semifinal, the Bulldogs (2-11, 0-2) squared up against in-state rival San Diego State (5-9, 1-1), who they had lost 18-11 earlier in the season. The Aztecs have also won back-to-back MPSF championships.

“I think SDSU is a little reluctant to come up here,” Concheck said last week, “which is exciting for us.