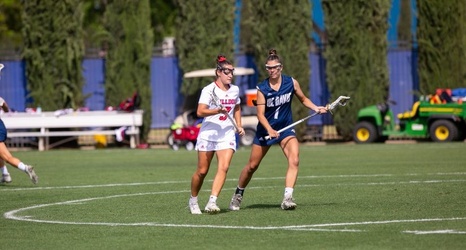 It was the third game and the second at home for the conference opponents, and Fresno State head coach Kara Concheck told three things to her team: play relentless, determined and united.

The Bulldogs (1-11, 0-2 MPSF) had their best game against the Aggies (11-4, 2-0 MPSF), but time of possession was the difference on Saturday as the Aggies pulled away 20-12 at the Soccer and Lacrosse Stadium.

UC Davis had possession for about 80% of the game, Concheck said, as Fresno State had to collapse on defense.