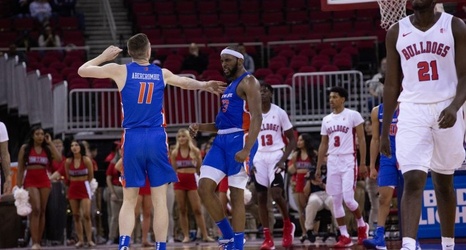 The Fresno State men’s basketball team (6-14, 2-7 Mountain West) made history Saturday night against the Boise State Broncos (13-8, 5-4 MW), unfortunately for them they were on the wrong side of history as Boise State dismantled the Bulldogs 87-53.

The 34-point loss marks the worst loss for a Fresno State team at the Save Mart Center in the building’s 17-year history.

The Bulldogs were once again playing with new starting lineup, as guard Anthony Holland did not start and only saw 12 minutes of action due in large part to him battling an elbow injury.

Fresno State was also without star center Nate Grimes, but this time his absence was not because of injury.