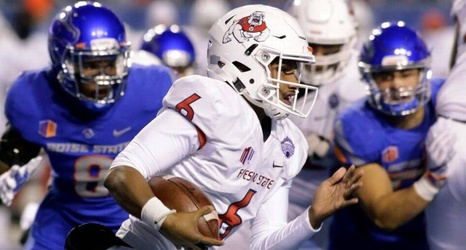 Fresno State and Boise State are apparently playing Saturday night for spots in the Las Vegas Bowl and the Hawaii Bowl.

“We’ve talked to both teams … that it’s our full intention to take the winner of this game,” Saccenti said.