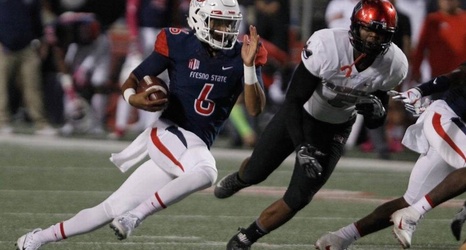 Fresno State and Boise State will go at it again Saturday, this time for the Mountain West Conference championship and this time on that (choose your adjective) blue turf at Albertsons Stadium.

The Bulldogs won last week’s first meeting 28-17, executing offense, defense and on special teams at a much higher level than the Broncos, who went into that game riding a seven-game winning streak and rolling up more than 46 points and 520 yards per game over their past four. It had been awhile since Fresno State had seen Boise State on the football field – 2014 – but clearly it is not the same bully that for a time there routinely beat up the Bulldogs by scores like 61-10 and 51-0 and 57-7.