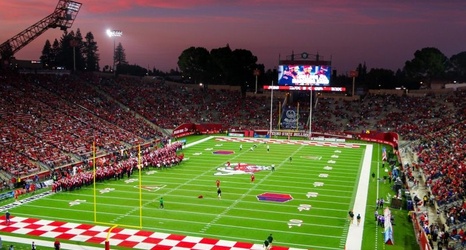 Following a loss to the San Jose State Spartans, the Fresno State football team gathered on Sunday afternoon for its end-of-season awards banquet.

The banquet celebrated the 18 seniors that were a part of the Bulldogs’ journey to two Mountain West (MW) division titles, a MW Championship and two bowl wins under head coach Jeff Tedford’s tenure, according to a Fresno State athletics news release.

Alongside the celebration of the team’s seniors, team awards were handed out to the respective winning Bulldogs.

The 2019 Bulldog Award was awarded to senior running back Josh Hokit. The dual athlete set aside the beginning of wrestling season and stepped up for the Bulldogs following the injuries of three of the Fresno State running backs.