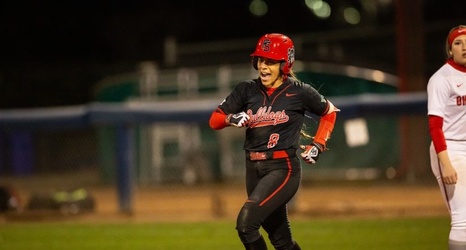 The Fresno State Bulldogs softball team showcased its pitching at Margie Wright Diamond last weekend as it swept a five-game tournament for a second time to improve to 10-0 at home this season.

Unlike last weekend during the Fresno State Kickoff Classic, pitching was the story instead of power hitting.

“I think the biggest performance was Hailey Dolcini,” said Fresno State head coach Linda Garza. “To be able to throw two shutouts and a lot of strikeouts and the dominance she was able to have, it’s fun to see that.”

Not only did Dolcini throw two complete-game shutouts, but she also surpassed her career-high in a single game with 15 strikeouts during Friday’s 1-0 victory against the University of Illinois-Chicago.