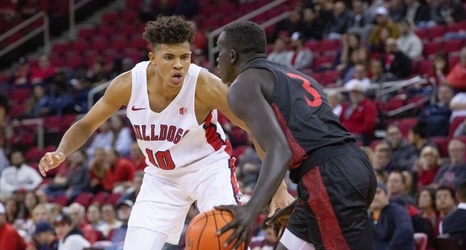 The Fresno State men’s basketball team struggled to shoot the ball as it lost 64-55 to San Diego State on Tuesday night.

The Aztecs are the highest-ranked team at No. 7 to come play at the Save Mart Center. Senior guard New Williams said he enjoyed the atmosphere in the arena.

“We have a great fan base, and we appreciated the Red Wave,” Williams said. “We had a good crowd tonight, so the atmosphere was pretty good.”

Both teams’ defensive prowess was on display as they both struggled to put points on the board in the first half.