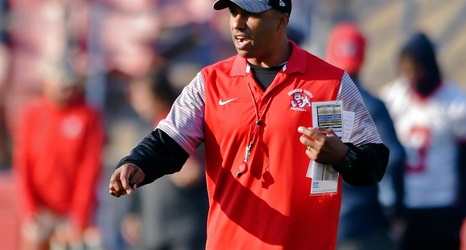 Preparing to play the same team in consecutive weeks is foreign territory to most college football coaches.

To Orlondo Steinauer, the feeling couldn’t be more familiar.

That’s because the Fresno State defensive coordinator spent 20 years playing and coaching in the Canadian Football League, where back-to-back games against the same opponent are woven into the tapestry.

“It’s a pretty common practice (in the CFL),” Steinauer said as the 25th-ranked Bulldogs ready themselves for Saturday’s Mountain West Conference championship game at Boise State, seven days after their 28-17 home victory over the Broncos.