Collegian Player of the Month 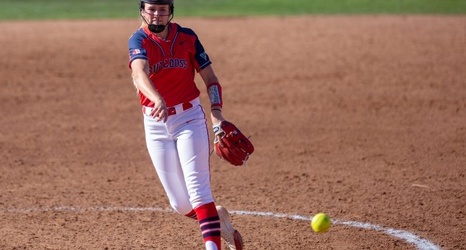 After starting the season off slowly by entering March with an 0-1 record, Lung has emerged as one the of the Bulldogs’ go-to assets, improving on that record with eight victories in March.

Lung’s March was highlighted by a solid outing against the University of Montana on March 9 when she held the Grizzlies to two hits over six innings while recording a career-high 13 strikeouts.

Along with her two rotation-mates, Lung’s outstanding pitching has helped the Bulldogs improve from their slow start to the season while currently on a seven-game winning streak.