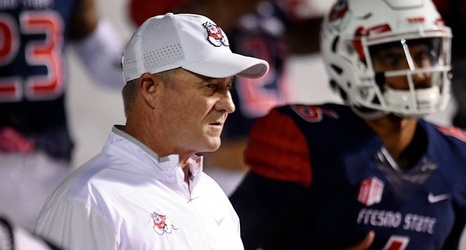 Fresno State coach Jeff Tedford was a unanimous choice as coach of the year in the Mountain West Conference, but the West Division-champion Bulldogs had only one player on the all-conference first team and four on the second team.

Linebacker Jeffrey Allison is on the first team, while kicker Jimmy Camacho, center Aaron Mitchell, wideout KeeSean Johnson and defensive end Tobenna Okeke made the second team in balloting that was released on Wednesday.