Bulldogs tops No. 2 team in the nation 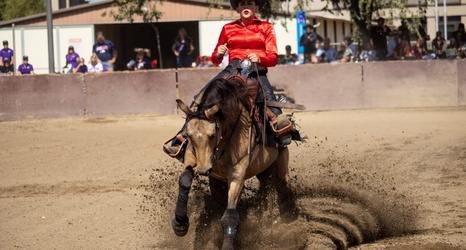 For the first time in program history, the No. 9 Fresno State equestrian team defeated Texas A&M, according to a Fresno State Athletics news release.

The Bulldogs, who defeated the Aggies 11-9, were coming off a defeat by the No. 7 TCU Horned Frogs in their first Big 12 conference home opener on Friday 12-7.

Three Bulldogs earned most outstanding performer (MOP) honors in the matchup against the No. 2 Aggies. Freshman Aba Bertozzi earned her third fences MOP of the season with a season-high 86 to her opponent’s 82.

Senior Nicole Campbell earned the horsemanship MOP with a 74-72 ride.