Bulldogs ride to postseason ends but the journey should be remembered 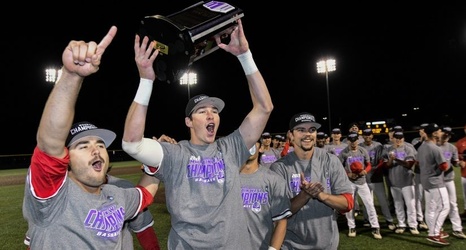 After riding high on an infinite amount of momentum following a victory against No. 4 ranked Stanford on Saturday, the 2019 baseball season came to an end for the Diamond Dogs on Monday after a crucial winner-take-all match against the Cardinal (45-12), 9-7.

The Fresno State (40-16-1) offense was reminiscent of a powder keg during the regional, as they were ready to explode every time they came up to bat, due in large part to the bats of catcher Carter Bins, third baseman McCarthy Tatum and the rising Emilio Nogales, all of whom were chosen for the Stanford Regional All-Tournament team.