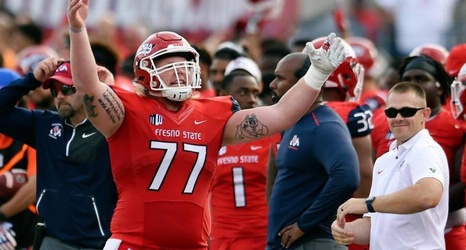 Fresno State hit the College Football Playoff rankings on Tuesday, checking in at No. 25 – just a few days too late to host the Mountain West Conference championship game that went to Boise State because of its higher ranking in a composite computer ranking.

The Bulldogs beat Boise State 28-17 in the final regular-season game for both teams.

“We are very pleased for our football team to be ranked in the CFB Playoff, we’re also excited about playing in the Mountain West championship game and our focus is bringing the trophy back to Fresno,” interim athletics director Steve Robertello said in a statement.