Bulldogs get ready for homecoming 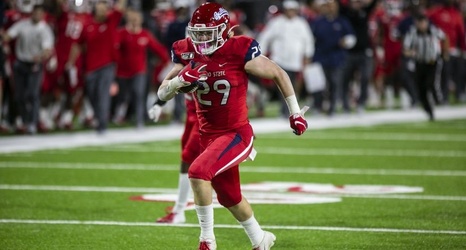 The time for celebrating school spirit has come to Fresno State with the Homecoming game happening this Saturday at Bulldog Stadium.

The Bulldogs will face the Colorado State Rams Saturday at 4:30 p.m. on what will be the teams’ fourth meeting as Mountain West rivals.

The ‘Dogs have one win and two losses when facing the Rams, with the Bulldogs’ last win coming in the 2012 season. The last time the Rams were at Bulldog Stadium was in 2015, when the Rams took home a win on the Bulldogs’ senior night.

This season, Colorado State has an overall record of 2-5, snapping a four-loss streak last Saturday when it defeated the New Mexico Lobos.