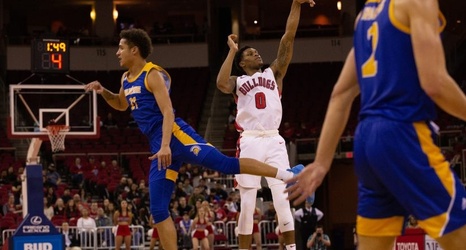 The Fresno State men’s basketball team snapped a three-game losing streak on the strength of its 3-point shooting and the record tying performance by senior guard New Williams in a 79-64 win over San Jose State on Saturday night.

Williams exploded for a career-high 32 points by way of hitting 10 of 18 shots from beyond the arc. He tied a school- and Mountain West Conference-record for most 3-pointer made in a game, a record set last season by former teammate Braxton Huggins.

For Williams the realization of how outstanding of a game he was having and the history he making did not reach him until he was informed by his Bulldog teammates.