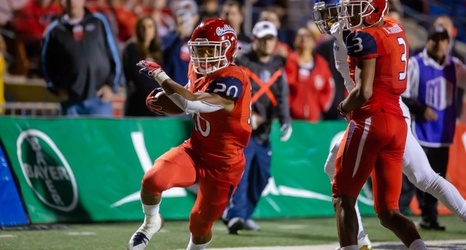 For Fresno State student Marc Castro, one of his biggest dreams was to box in the 2020 Olympics and win the Gold Medal representing the City of Fresno.

He headed to Oxnard, California, in October for the Last Chance Qualifiers tournament for the 2020 Olympics. But the unexpected occurred, and he was forced to withdraw due to an illness.

Prior to the trip to Oxnard, he had been sick with a cold and ended up with food poisoning, which made matters worse during the tournament.

“I am certain I would have won, no doubt,” Castro said.