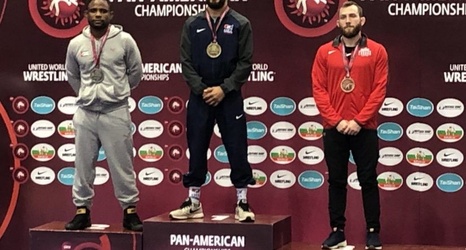 Fresno State wrestling is continuing its dominance even after the season has ended. Volunteer assistant Joe Colon won a gold medal at the 2019 Pan American Championships on Sunday in Buenos Aires, Argentina, according to a Fresno State Athletics news release.

The 134.5-pound Colon went 3-0 on Sunday to garner his second Pan American title by beating Canada’s Scott Schiller in a 10-0 win in the finals, taking control of most of the match by applying his signature gut wrench to tally three turns.

The path to the championship was a steady one as the Clear Lake, Iowa, native defeated 2018 World champion Yowlys Bonne Rodriguez of Cuba, 9-3, in the first round, and Juan Rodriguez Jovel of El Salvador, 10-0 on his way to the finals.