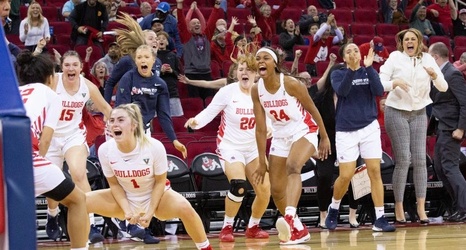 With the game tied at 53 and four seconds left in the fourth quarter, Fresno State junior guard Aly Gamez took the game into her own hands.

With the game winding down, Gamez received the ball at the top of the 3-point line and immediately called for a screen. As soon as she collected the pass, Gamez picked up her dribble, drove to the basket and unleashed a shot over the defender just before the sound of the buzzer.

The ball flew in the air for several seconds until it bounced off the glass to give the Fresno State women’s basketball team a 55-53 victory over the Colorado State Rams.