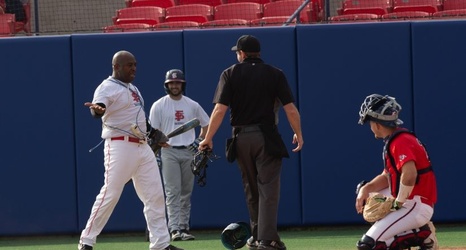 Neither team came out on top as the score was tied 4-4 in six short innings.

The game got off to a quick start as the alumni team was able to load the bases against the Bulldogs starting pitcher, Oscar Carvajal, in the first inning. The ball was then hit to infielder Jeff Jamison who lost the ball and surrendered two runs in the inning.

The ‘Dogs were unable to score in the bottom of the first, but earned their first hit of the game in the second when infielder Emilio Gonzales launched a ball in the right field for a single.