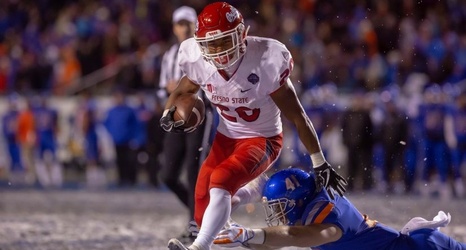 Junior running back Ronnie Rivers was named a preseason candidate for the 30th recipient of the 2019 Doak Walker Award, announced Wednesday by the PwC SMU Athletic Forum, which is presented annually to the nation’s top college running back.

Following an injury that occurred during the spring prior to the season, which only allowed him to appear in 11 games in 2018, Rivers closed out his sophomore season as the MVP of the Las Vegas Bowl – gaining 286 all-purpose yards in the game, the fourth-most in school history, with 212 coming on the ground, 33 receiving and 41 on punt returns.