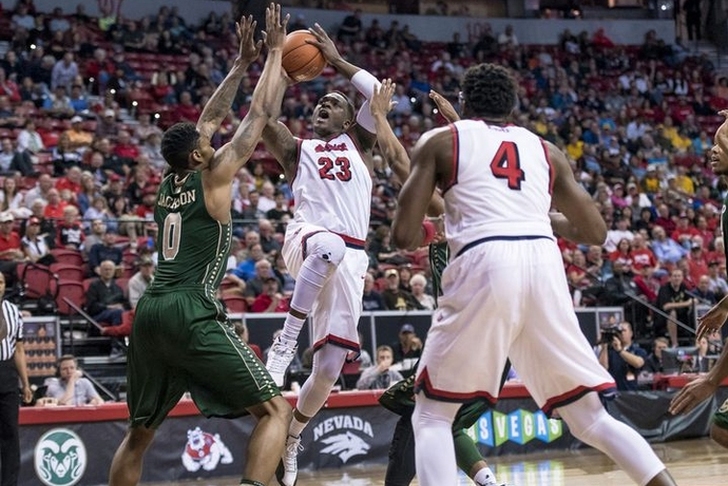 The Fresno State Bulldogs enter the NCAA Tournament on a massive hot streak, winning 11 of their last 12 games, including an upset over San Diego State in the Mountain West Tournament title game. This is the first year Fresno State is in the tournament since 2001. Here's everything you need to know about the Bulldogs:

Harris is one of the better all-around players in the country and does everything for this team, leading them in points, assists, and steals. His ball pressure is the starting point of Fresno State's defense, but it's his ability to make plays off the dribble offensively that is most valuable to this team. Harris does need to become more efficient (40.6 percent shooter), but he carries a heavy, heavy load on his shoulders every night.

Led by Harris, Fresno is one of the best teams in the country at forcing turnovers. They get 8.1 steals per game, which ranks them 14th in the country.

The Bulldogs are shooting just 34 percent from long range as a team, ranking them 207th in the country in that category. Only one player is shooting over 37 percent from distance, making them easier to guard if their opponent decides to pack the paint.

Outlook:
Fresno State's defense should be enough to keep them in the game against more talented teams, but their lack of shooting will likely cause them to lose in the first round. If they do pull the upset, there's no way they're making the Sweet 16.