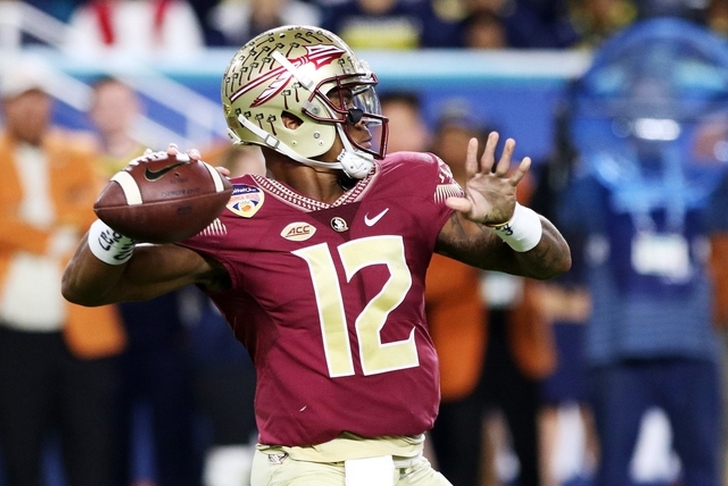 Update: 3:58 p.m. ET
The Orlando Sentinel reports, Deondre Francois is no longer being investigated for his role in a domestic dispute on Tuesday. No charges have been filed on the incident, due to conflicting statements.

The Tallahassee Democrat reports that police responded to a domestic battery that involved Francois at roughly 12:35 a.m. Further confirmed details are not available at this time. Francois has not been arrested.

Francois missed almost all of the last season after suffering a leg injury vs. Alabama. James Blackman took over for Francois at QB.  Francois was FSU's starting QB in 2016 as a redshirt freshman and was ACC Rookie of the Year. He completed 58.8 percent of his passes for 3,350 yards, 20 TDs and 7 INTs. He also had 5 TDs and 198 yards on the ground.