Video: How does FSU match up against Louisville? 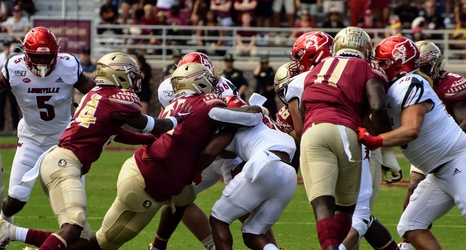 Louisville Cardinals Football under head coach Scott Satterfield is somewhat of an enigma.

When Satterfield took charge of the Cardinals in 2019, the program was in shambles. They seemed to have some stability under coach Bobby Petrino, but in the most Petrino-like fashion, he crashed and road rashed his way out of Louisville with a 2-10 record in his final year.

What the Cardinals needed was someone who could get them back on track. That person was Satterfield.

Satterfield coached Appalachian State for 5 seasons, winning over ten games a year in the process - not only did he know how to win, he experienced it a lot.