Three up, three down: FSU baseball season ends in loss to Southern Miss 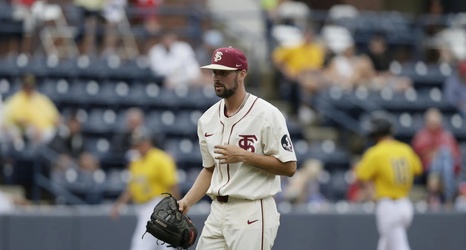 Florida State baseball (31-24) season came to an end in a 7-4 loss to Southern Miss (39-20) this afternoon. The Seminoles opened up a three-run lead in the third inning, but couldn’t hang on as the Golden Eagles scored six unanswered runs. The ‘Noles produced seven hits, but six of them came in the first three innings. On the mound, seven Seminoles combined to allow 12 hits and three extra base hits. In the field, FSU made just one error, but it came at a crucial time again. Mike Martin Jr.’s first full season as head coach has ended after a 1-2 weekend in Oxford.