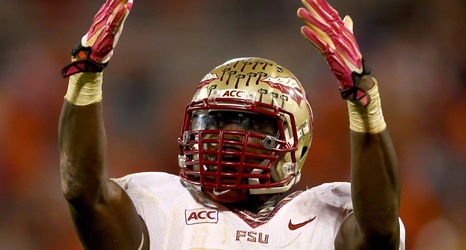 One could probably the end the article after the first thirteen seconds of this video and it’d give you a pretty good idea of everything Telvin Smith meant to FSU, but I won’t do that. He deserves more than that.

Fight for each other!

Fight for each other!

One Team, One Heartbeat!

What we gonna do?

And that’s what Telvin Smith did at FSU. A two-time ACC Champion, a national champion on arguably the best team of the modern era, and one of the unquestioned leaders of the Jimbo Fisher ACC dynasty.